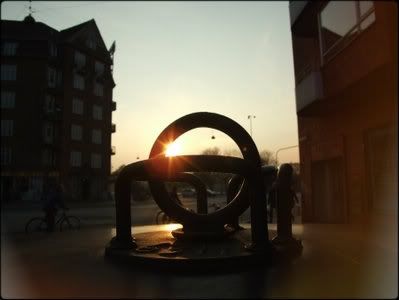 Our current knowledge
will be clear
to be no more
than a droplet
within an immeasurable
ocean of unknowingness –
we pretend on this earth
to know more than we
know not
we dispel mystery
because we have
a few theories
and laws of Nature
as a poet I seek
that vaster sphere
of Nature Unknown
I do not call it
divine
but because of its
opulent mystery,
I deem it
sacred.

Follow the designs
of the fruit fly course
and swallow the silver abyss
of the month, like a pocket of lungs
in the tissue of paperwork,
the wrong eschatology
roaming freely in the
painless nurture
of nature – there
flapping endlessly
in a wind of glimpse.

The unintelligibility of the hand
arbitrary and soft
the fingers of the lover
enough heat from the sun
a momentary window on my skin
an animal cry
born in every vein –
I’m trembling against the vastness
I’m already in the garden
wondering how these flowers
connect me to the beginning of life
I see your naked body
on the disquieted branch
I am splinter
striking the sky –
have you felt the insect
climbing simultaneously
our arms and forests…
the universe peacefully
on your breasts;
have we knitted our mysteries
with yellow fire
will we love in silence
observing the wild dance
of the worlds –
somewhere with closed eyes
our origin
a purpose incomprehensible
within
all formations and eruptions
your lips are asleep
an epoch
with the rain as memory
we die as children.

I envy the rock
I want eyes as deep
protruding shadows
hair as wise tilting winds
combing the grasslands of my thoughts,
I envy the nose rising into the perfume of sky,
the mouth savoring the elusive spring snow,
I need the sleep of a mountain
to command my skin to roll down stones
as dreams down a fatal abyss;
at the bottom touching rivers of intricate twine
my feet would play with the fish and the shimmers –
but my illusion is not merely physical,
I need a religion of transformation
similar to all these millennia of erosion
and above all,
to participate imperceptibly
as a column that touches a heart
like the summit of mineral
descending to the center of the earth,
I need to intertwine with rock, mountain, pinnacle –
something of the power that
envelops me.

﻿I kept
the elements tightly
together
coated by the universe
of my skin,
in there I live too
throwing in the fire
the logs of life,
waiting for the blaze
to engulf all nature
and allow me a glimpse
of some bliss
at the other end
of
living. 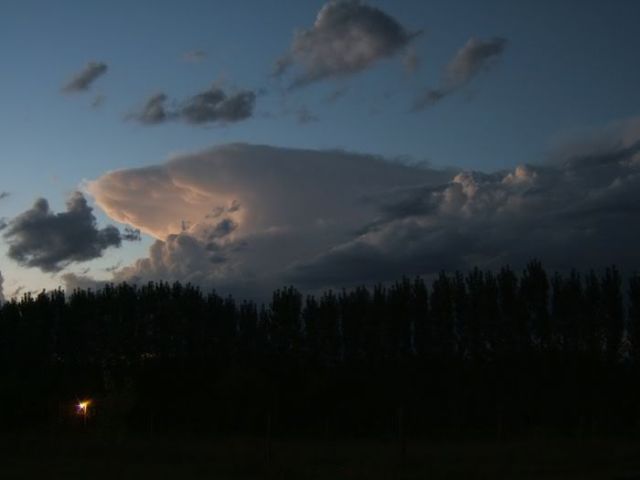 Free wanderers of the spirit, you astronauts in the lost space of indecision, all of us that have noticed and condemned the irrationality of our age, yes, you passionate survivor that in the mist of these nonsensical years battle through the current of conformity in search of a justification, a raison d’être, a simple satisfaction that will overshadow the ever-lasting presence of frustration.
We are the inheritors of a struggle that has pervaded all of history. Our efforts so essential in the field of human potential must never come to an end. In these complex societies that require even more complex solutions to cure the collective madness, our perseverance must not wane. Even if most attempts to heal the wound of civilization have failed throughout history, the spirit of the rebel will live on as a child of that irrepressible force that commands human existence: an energy that will ask of us to emancipate man from his self-imposed shackles.
Our mistrust in human conventions, ideologies, and reforms should not stop our search for an immediate liberation, a source of enlightenment, a spring of contentment. In peeling off all boundaries we still have a chance of finding a secret treasure in nature, beauty, art, brotherhood, work, love, poetry, even in the darkness of suffering or the maniacal passion of a philosopher, somewhere within these and all inspiring things we may stumble across a beautiful sensation of peace, a harmonious agreement with what is most essential in life.
But what is the most essential?
This each wondering mind must seek but I am sure that with sufficient honesty and perseverance we can find that basic need and satisfy it sanely. Then we may watch our torments wither away and vanish as our reality elevates itself into a more exciting and promising realm.
Allow this vision to settle in:
Long, unanimous cries and shouts into the open sky, not from another fascist’s Holocaust but from an inexplicable mad ecstasy, the long-awaited contact with pure joy.

The fiery afternoon had transformed itself into a turbulent purple. How else could I describe it? It had no other name than Turbulent Purple. I am by blind necessity bound to call it by that denomination, I am a slave to that ambiguous name. Leaping in and out the oblivious space of mind, short and poetically vague sensations occupied most of my purposeless time. Without explanation or warning I could read in the papyrus of thoughts scriptures such as these:

Centuries of dancing shadows
Has the strong wind of fate
Extinguished Man´s recurrent dream?
Ah! From where do all these voices arise but from the nocturnal?
How senseless it is to reveal in words the impenetrable mystery of the mind, how lame an attempt to reproduce the wilderness of wonder. The afternoon had turned into a Turbulent Purple and I became sure the existence of written language had no purpose but to express the shock of our encounter with reality — it could never explain a thing. So, without regret I had survived numberless fears of imminent death so I could experience once more the unnatural beauty of nature.
Ha! So many years organizing my thoughts so that in my final despair I found every cell in my body to have a life of its own and my thoughts faithful pilgrims in the inhospitable lands of paradox. Therefore I studied my body with care as if it were an extraterrestrial lump of matter and completely gave up the hope of a systematical account of human experience. Then I focused again on the sky and the world was still a turbulent purple. It was not long after this that for the first time I started doubting of the ancient and perennial pillars of art. It seemed to me that if all things go wrong the last desperate redemption would come through art — art had a special bond with the essence of all experience, it embraces the whole multitude of feeling and all genre of action and yet it transcends them all — or so I thought.
“Life and death for art” would have been my motto two years ago. But in my rebellion against all dogma the mutiny of doubts turned against my ideals and the sky of my convictions became turbulent — perhaps purple to a spectator of my consciousness. If myths, religions, wars, slavery, races, countries, continents, suns, and galaxies all have an allotted time, art surely is as ephemeral as the rest. Alone and destitute I stood while the echo of a turbulent purple sunset reverberated in the coffins of memory. At last I got rid off the most obdurate preoccupation, second only to death — namely, life no longer lived for art, love, money, fame, joy or by instinct alone; it seems likely to be here for no reason in particular. One last thing remains certain:
Returning from the underground
Reflections in echoes
From the pit of despair
The fountain of wonder
The irony of this paradox
From the art of Nature
Conceived the death of Art
A dying fire. . .
Turbulent Purple
turbulent purple

From the dark cloud
that was my death before my birth
From the impervious past
that is my womb
From nothingness void
that sprung my being
into this magnificent universe of light
As I awake
from the caverns of dreams
My eyes visit
a strange changing realm
Vision has kindled
the torch of nature´s stage
Amongst crowds, streets and trees
silent contemplation reveals
the daily world (of chats, smiles and meals)
as mysterious as death and the galaxies;
on this planet
repetition has blunt the miraculous
Frightening as it is
this irrepressible human world
never to forget
it belongs to a greater whole
Small is our size
but great our joy of participation
in this universe incomprehensible
Loading Comments...