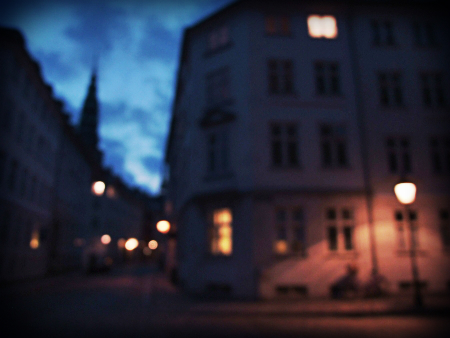 One day I took a look and there was a place. In that black density a lace began to arrange memory like a bow around every name that I remember, back then, throwing outside, out there, like small smooth stones. I craved to eat the clouds in the mud of my imagination; I was a child in rags (how many clouds had transpired) before I learnt a world was a word capable of eclipsing all the things of the world. So I craved to forget every flavor of sound to rediscover suddenly the purple of music under the noon of my eye. (Always I’ve been making things so real and why is there only an ugly street, this very instant). I remember softening the sky and making a drum in unison with horizon. I won’t claim here that I’ve invented the universe just because I’ve made giant centuries sleep in my mad silence. I’ve only borrowed infant atoms of late. Perhaps I’ve always been alone preexisting like a submarine below the surface of time. I’ve been waiting like a peculiar magnet unnoticed in the abyss. Perhaps this here is not an ugly street but a vein carrying the fatality of the dream to a new pulsation. Perhaps this reverie is not a quick line scrawled on another page of earth. I see now that the poet has started to unearth his own visions beneath the thirst of trees. I see him proudly unintelligible against all the violence of thought. I see now that the poet still craves the flesh of the clouds and has made brightness a bridge across a boundless place.