The day began like all others. With a loud quack coming from my mouth– the refusal to leave the ecstasy of profound sleep. The clock ticked with its usual indefatigable persistence as I stole the last dreams from the reservoir of Morpheus’ cave.

My laziness was sensational. I remained in bed worrying about how little I had to worry about. I had no plans, no obligations. Blinking my eyes was my sole responsibility. Had inertia won the battle today my relaxed body would have remained in bed all day – my mind contemplating empty thoughts.

But my body broke wind so violently and repulsively, I could have fainted from its deadly smell!

I stood up resolutely and began roaming about. What could I say, what could I do? Everything has already been said, everything has been done. What is left in a world that had exhausted all its possibilities?

There was one and only one unobjectionable conclusion. Trash. I was utterly convinced that I could find something new in the rubbish people left behind.

I thought, ‘Everything has been documented but trash’

And so I began, 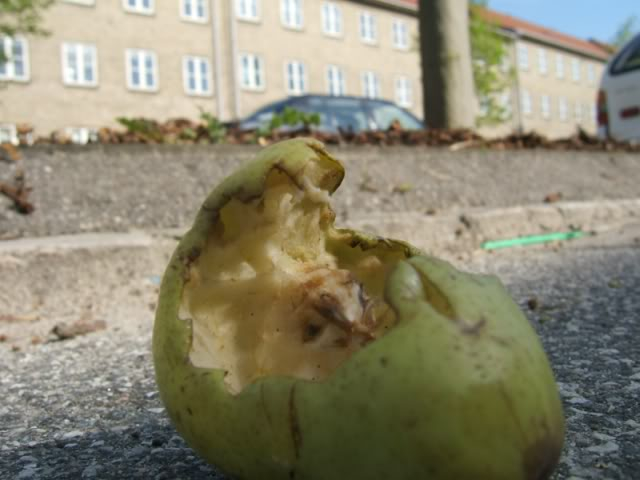 What a pity! Dozens of humans walking up and down the street and this poor half-eaten pear laid in agony while a battalion of bacteria was slowly devouring its entrails. I watched it as if it were a bird that had been shot and there is nothing to do but wait for its inevitable death. The tender white sweet flesh tempted no one to have another bite, its seductiveness had been mutilated by the carelessness of… who?

11.00am/a Tuesday/1933 – Niels Bohr approached slowly the door of his old beloved. He had struggled to make each step, as he knew it was the last time he would see his long-time lover. Had he become a devil? Sacrificing the love of a woman for the pleasure of knowledge? It didn’t really matter. He was a scientist– isn’t science immeasurably more important than love?

Such thoughts were crossing his mind as he passed by Grundtvigs Kirke. He gazed up at the monstrous church,

And these were his thoughts:

‘They should have made the arrows point downward. The electron emits light when it goes to a lower atomic orbit, not to a higher one. If they are looking for the light of God they should find it here on earth – not in the ethereal space of their imagination…’

Mr. Bohr had always a propensity to mix his scientific genius with philosophical and theological issues. For thirty five seconds he was distracted from his frightful destination. Once he reached it he told Helle he would never see her again.

Why am I telling you about this? Because Helle almost commited suicide that night. She called on Jens, a boyfriend of hers before Niels, and he came over and they made love all night. Helle became pregnant and bore a child, Morten. By 1963, when Morten was nearly thirty he opened a fancy vegetable shop in the neighborhood. In 2007, at the age of seventy-three, he was still behind the counter selling fruits and vegetables. He was a kind old man and would give out free fruits to the kids that came to the shop. A young immigrant boy from Iraq had purchased three kilos of onions today and Morten gave the boy a complimentary pear as a treat. The boy took the gift without excitement, had three or four bites of the pear and then threw it to the ground thirty seven minutes before I walked up this street in search of neglected things.

By one o’clock in the warm afternoon of May 21, 2007, I entered upon the gardens of the museum of art. What did I find there. Two things: 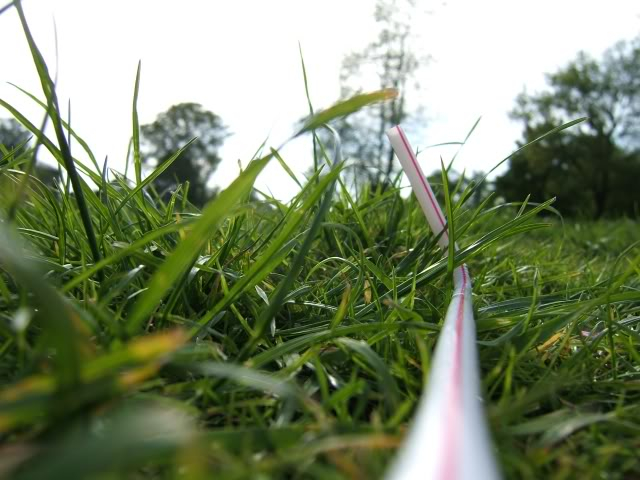 A plastic straw with a red stripe. I know how it got here, but I won’t bore you with such details. I will only say it involves a bicycle, a hooker from Ethiopia and the pearls of Margrethe II (current queen of Denmark). But more importantly I began to notice something as I made my second insignificant encounter of the day. The small neglected garbage of the streets had something peculiar. It was charming—how sad and beautiful a straw under the open skies could be. It was sad and beautiful because it was unnoticed. It remained undisturbed in the nothingness of the ground. The world around it had some value, some purpose, but this straw now useless under the blades of grass had nowhere to go, nothing to do… 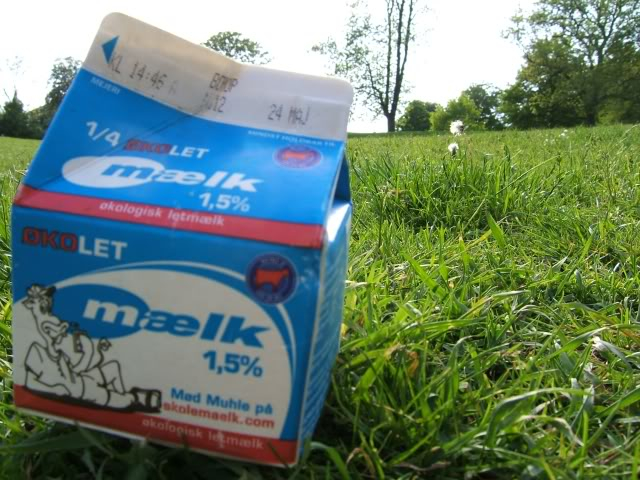 Again there is an indefinable amount of events that caused this milk carton to be here, out of which we could name six or seven to satisfy the curiosity of the reader. But instead of writing a fiction of the past, I could narrate a fiction of the future. What will happen to this milk carton? If I return tomorrow to this exact same location will I find it intact? Chances are that the wind, the garbage collectors or the impetuosity of a child will make it disappear. Its rectangular shape will be lost, it’s bright blue colors faded, its expiration date indecipherable. In a few days it will be in some obscure corner of this earth, completely forgotten by you and me…

I could not bear the weight of my thoughts any longer. I was at the verge of weeping senselessly for wastes. What sort of foolishness had taken hold of me?I walked up to the tracks. Ways, paths, journeys and returns.

Immediately my vanity came parading into the scene and twisted the meaning of my words. Foolishness? Senseless tears? Of course not, it is sensibility, aesthetic appreciation for the small realities of life. Out of pride or vanity my mind conjured up justifications and arguments to validate my behavior. Yes, indubitably, doesn’t it happen to all of us? But I was tired of flattering myself. Was it of any consequence to think all these things, to become aware of all this emptiness? 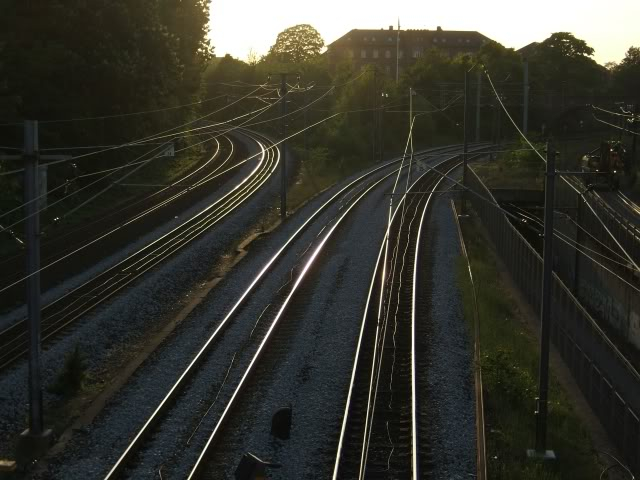 They go and they come.

Do they know what for?

Out the window they stare

Out of boredom they glare

What is this mirage,

Certainly much comes from nothing. If it hadn’t been for a visceral explosion this morning I would have remained in bed. I got up decidedly to invent the purpose of a new day. To reveal something new that might have been irrevocably lost in the dark domains of oblivion.

At last I made it to the beach. In company of flying birds I stared at the calm waters as the fading light of the sun wrestled in the small crests and troughs of the seawater.

I often think that I think too much. My kindred float passively in the mellow currents of the water whereas I spend my days in search of something more profound than the shallow depths of the shore. My relatives reproached me for coming too near to humans, ‘that beastly parasitic race’ they call them. But I’ve found much that is agreeable in the human world, and although I don’t belong to it I hope I can visit it without impertinence. I see much more of their world down here at one foot from the ground. I hope my words will be received as something more than mere quackery. A duck has much more to say than just QUACK.

I will retire now. Those that will like to visit me can do so every afternoon at six o’clock at the small beach in Hellerup. I am a Mallard duck, with a metallic green head and neck separated from my purplish-brown breast by a white ring. Do not fear to wake me from my deep trances when I stare out into the open sea. I do often for I am in pursuit of something, something I cannot yet come to define.

One thought on “In pursuit of something…”