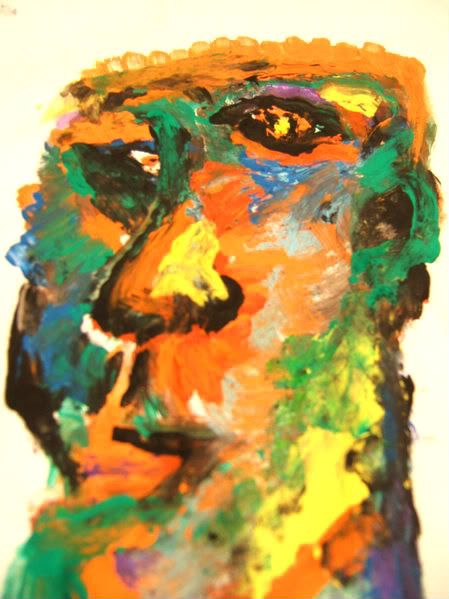 We can watch him quietly chewing his dinner. His gaze is imperturbable and his thoughts invariably these:

The modern hero awaits (and this waiting period is interminable) for a fatal threat. This threat is anticipated throughout the cycles of the clock. It is always approaching, never disappearing.

What can he do?

Nothing. Resisting the menace of existence is a futile and wearisome illusion. He will initially find himself in hypertension, guarded against an invisible enemy. Since there is no defence against his opponent, rebellion would represent a defeating madness. Acceptance must be learned and practiced. However, salvation is not achieved solely by the acceptance of one’s own precarious situation. He has no escape, he must sacrifice a distracted and unexamined life in order to become bearer of a strange suffering.  He will be the hated antagonist of any unfounded human optimism.

To cure himself of a malady that is not only his own but also a dormant illness that all conscious beings carry within.

From the perspective of the world he has secluded himself in an abstract and spurious discourse; from the perspective of his own condition he has renounced his faith in a world of form and substance, he has lost trust in the socially approved states of consciousness. He lives in a mythological world, albeit, his myth has not yet been written nor can it be.  He is dispersed in a flux of perception that not necessarily implies an objective external world. His experience cannot be communicated, it does not have the logical structure of a normal human situation.

Is there a light at the end of his tunnel?

From the standpoint of the all-too-human, suicide may appear as the last desperate, but effective, act of liberation, but this won’t be his course. He has selected an ambitious journey: The transmutation of consciousness. An intuition convinces him that the reality we live in is only one of many possible creations; and in the sober creation of less restricted states of consciousness he will achieve his ultimate objective: inner peace.